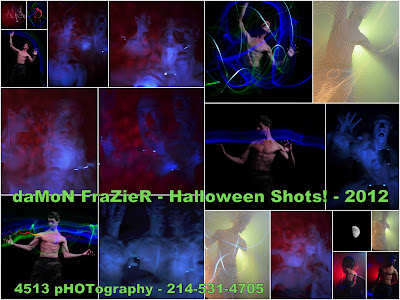 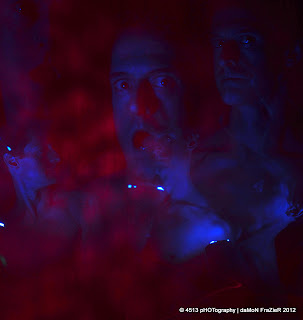 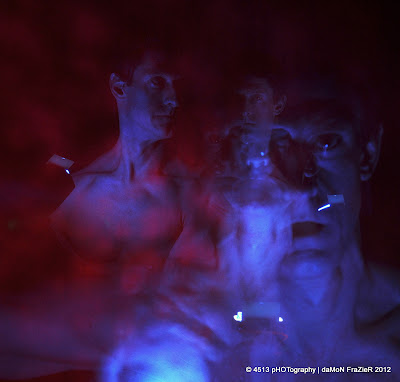 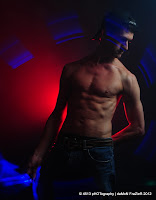 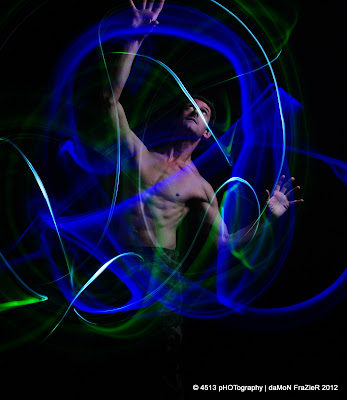 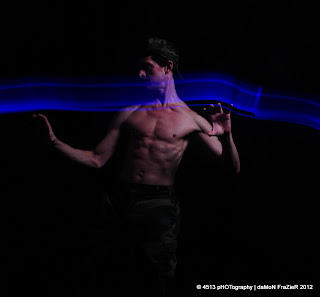 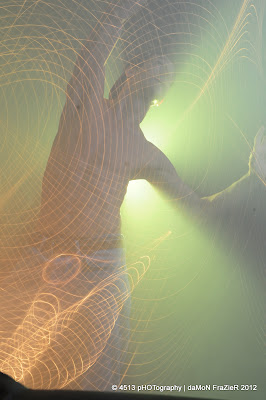 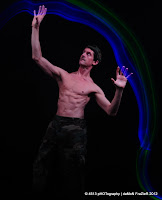 
I want to apologize to those of you that have tried to get a hold of me or may have felt put aside.  My roommate and I have been doing some major work with this 1929 house.  It seems like every time I'm ready to set up schedules, something comes up!  Here's some photos of the fun work in progress just in case you're interested in some dirty work.

Please don't give up on me.  I'll keep you posted here as much as possible too. 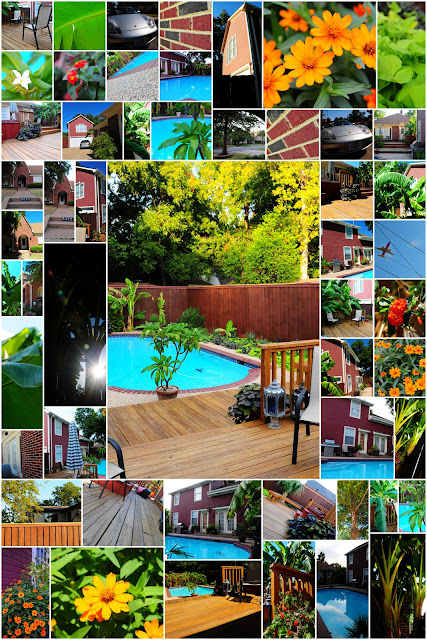 Bioluminescent Bacteria Give Your Home a Warm Glow


Bioluminescent Bacteria Give Your Home a Warm Glow

8 December 2011 15:04:38 GMT
Progressive lighting firm Philips have been researching alternative ways to light your home and have come up with a fabulous concept for a glow in the dark lamp that uses bioluminescent bacteria! The futuristic lamp glows in much the same way as fireflies and glow worms and is made up of unusual looking hand blown glass jars containing bioluminescent bacteria that will glow green when they're fed methane gas. Read into that what you will, however Philips claim that the methane can be generated by composted bathroom solids and kitchen vegetable waste that's fed through a household waste digester and then to the bacteria through thin silicone tubes connected to a reservoir at the base.

A fantastic concept that is set to pave the way for future sustainable and "green" lighting solutions, plant biologist Jim Haselhoff of Cambridge University said "It's appealing because it brings two things together which you wouldn't normally associate. I don't think you want to imagine that everyone's going to start putting bacterial cultures into their own home for lighting, but as a way of exploring the idea it's quite interesting. When you move out of the normal area - illuminating walkways and things like that - where things could essentially be growing and delivering light for free, that where you're going to have applications."

Philips believes that the lighting could be adapted to illuminate roadside verges with glowing plants "Energy saving bulbs can only take us so far. We need to push ourselves to rethink domestic appliances entirely" said Clive van Heerden of Philips Design "designers have an obligation to understand the urgency of the situation and translate humanity's needs into solutions."

The unusual looking heat free light can be driven indefinitely when given its' key nutrients which are regularly disposed of from the average households, making the concept a very real idea, and whilst the light isn't bright enough yet to replace your standard home lighting, it will certainly fill your home with a warm and hopefully not too stinky glow! 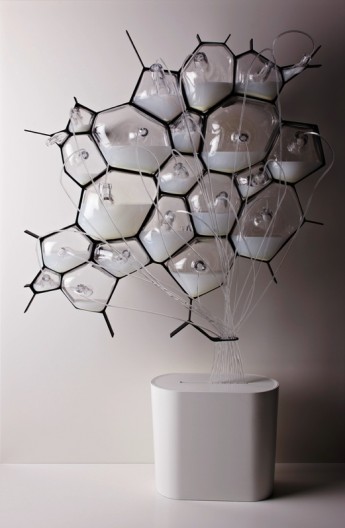 Email ThisBlogThis!Share to TwitterShare to FacebookShare to Pinterest
Labels: glow

Stonehenge Glows in a New Light


Stonehenge Glows in a New Light 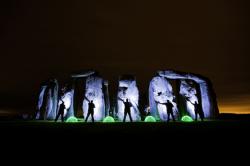 15 December 2011 14:52:03 GMT
We're no stranger to light art at The Glow Company, but never before have we come across light art being displayed against such a dramatic backdrop! British Bournemouth based light artist Marc Bower-Briggs was recently given exclusive access to famous Druid site Stonehenge and the resulting art work gives a stunning, haunting edge to the already enchanting and mysterious site.

Marc was granted two hours access to the World Heritage site and brought it to life with colour and light in glowing masterpieces that'll certainly encourage further interest in the ancient monument site. Marc uses a number of tools to create his unusual art work but favours electroluminescent wire and a long exposure camera to create his haunting images.

Marc says "It was always my dream to go to Stonehenge. It has to be one of the most iconic landmarks in the country. I got the chance to shoot there at night and so I snapped it up. I was only allowed two hours and so I really had to think on my feet.... it's great to combine the location you're at within the shot."

Marc has been working on light art for four years now and explains " There are many methods to the madness but ultimately, you need a camera that'll take long exposure. You can keep the shutter of your camera open for as long as you wish. Coupled with a cable release and a tripod, some light tools and some imagination, anyone can do it - the limit is purely your imagination."

Keen to share techniques, Marc continues "You can use a simple torch to start with to illuminate objects or draw stickmen, then work your way up to home built contraptions using el wire, cold cathcodes or even wire wool".

An established UK light artist, Marc's previous works include green laser tunnels and light painted UFO's floating over the countryside. Marc is so keen to share his love of light art that he has set up an evening training course for people to learn the art from scratch and aims to have his work featured in the TATE Modern. We wish him the greatest success, his work is certainly impressive to say the least! Find out more about Marc at www.marcbb.co.uk 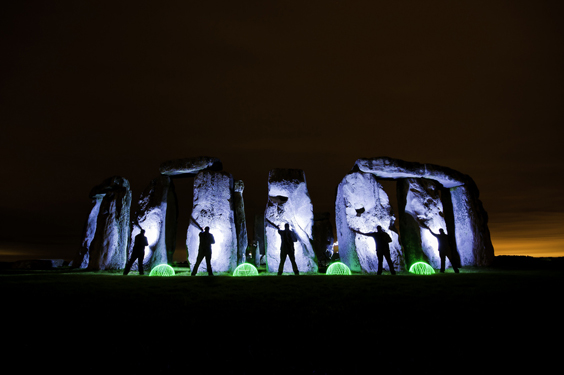 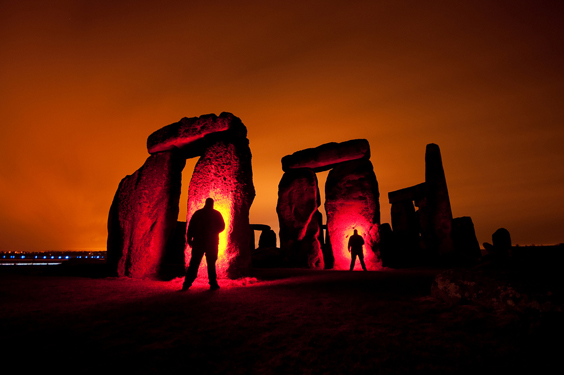 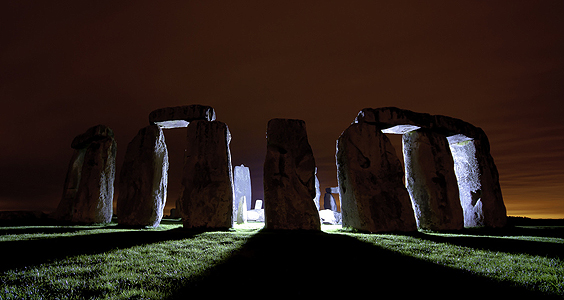 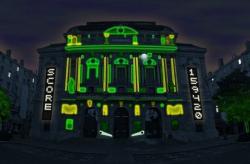 22 December 2011 13:34:07 GMT
A stunning building at the best of times, the beautiful Theatre des Celestins in Lyon was brought to life with light this month as it became a centrepiece of the Lyon Festival des Lumieres. The grand building was transformed into a giant interactive pinball machine as light was projected onto its' facade turning its' stunning features into bumpers and obstacles to become part of the game.

The interactive projection is the brain child of Carol Martin and Thibout Berbezier of French special effects company CT Light and encourages viewers to take part in the game using controls located close to the projection booth. Brilliant fun and a fabulous sight, the giant pinball projection "Urban Flipper" uses 3D projection mapping technology and was even accompanied by retro pinball sounds.

The funky project was part Lyon's Annual Festival of Lights that takes part on the 8th December every year to celebrate The Mother Mary and is famous for its' residents placing lit candles in their homes creating a dreamlike, mystical atmosphere. The latest installation however brought the festival right up to date in spectacular style! 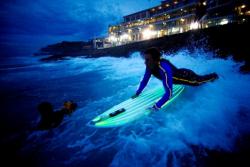 2 December 2011 10:01:14 GMT
Just as we're wrapping up warm and settling into a chilly yet happy festive season, the Aussies have been gearing up for the Summer by donning glow in the dark wetsuits and hitting the waves on glowing surf boards in an outstanding surf display to welcome the Summer.

The eye catching display which took place at famous Bondi Beach was arranged by drinks company Strongbow to welcome the Summer and saw seventeen super fit athletes take to the waves for the largest ever glow in the dark surf attempt. The spectacular stunt somewhat resembled Disney's Tron on the water as each surfer wore a luminous wetsuit decked out in what appears to be EL Glow Wire to achieve a funky, futuristic effect. The boards themselves also appear to feature the luminescent wire which glows brightly to create amazing special effects.

The whole fantastic event was caught on camera by surfing film makers and photographers Jack McCoy, Bali Strickland and Eugene Tan as part of Strongbow's "Welcome the Summer" campaign; McCoy said of the stunt "I've never filmed anything like this in my 30 year career... we had this great opportunity to mark the summer in such an amazing, unique way. The surfers were so pumped about getting out there that the energy was electric. It's one of those sights you have to see to believe..."

We agree with McCoy, the surfers look incredible in their funky glowing get up and put on an incredible display!

Here's some cool lighting effects from several You Tube accounts.  Hope you enjoy!

The Millbank Tower 120m skyscraper on the bank of the Thames came to life last night in spectacular style as it became the canvas for an incredible light show courtesy of mobile phone manufacturers Nokia. The giant building appeared to buckle, twist and collapse in on itself during the fabulous thirty minute light show that was complimented by a DJ set from Canadian super producer Deadmau5.

The lights in the surrounding buildings were turned off to highlight the fabulous event which saw the buildings' eight hundred windows specially coated in vinyl for better graphics and saw light from sixteen projectors based three hundred metres away beam 4D images onto the blank canvas. The images then pulsed and changed in time to the funky soundtrack in what was an incredibly eye catching introduction to Nokia's latest smartphone, the Lumia 800.

Deadmau5 said of the event "visuals have always been an important part of my shows. It's great to be able to play such an iconic landmark and to a UK crowd."

An incredible way to introduce a product to market, the event has been billed "the future of events" and so as the promotions industry grasps the idea, we'll have a whole multitude of light shows and light art spectaculars to look forward to!